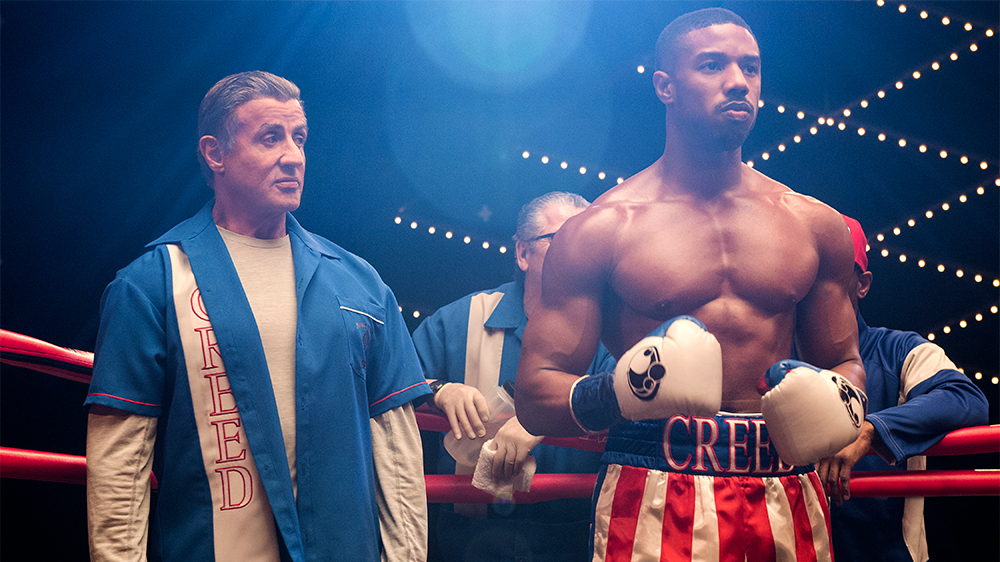 Tron : The Legacy, The Transporter : The Legacy, Jason Bourne : Legacy, Jigsaw, « Legacy sagas » have never really shone by their originality and have often been big box office ovens, however, Creed : The Legacy of Rocky Balboa, if it didn’t have a huge financial success (173 millions dollars collected in the world, but with only a budget of 35 million it is not a failure) was able to seduce the nostalgic and the critical, compared to its previous rivals. And here we are with a sequel, soberly titled Creed II (do not overdo it!), A second opus where Adonis Creed, will confront the son of the man who killed his father. Subtle!

In production, Steven Capble Jr., the new darling of Hollywood, since a first feature film adored by critics in 2016, The Land. With this success, it is formalized, the following year, to take in hand this new opus of Creed, while the film-maker Ryan Coogler was himself busy on the side of Marvel Studios with Black Panther.
On the screen side, Juel Taylor and Sylvester Stallone, succeeds Ryan Coogler (also screenwriter) and Aaron Covington, and the film’s problem may lie here. Although Steven Capble Jr.’s staging is rather good, Creed II suffers from a too basic, too classical scenario, without any real twists to surprise the spectator and thus give the whole a less smooth character
To summarize : a story of revenge, the pride and arrogance of the hero who costs him the « victory », the existential questions related to paternity and the confrontation with the family, the coach and the student who get confused, but end up being reconciled and the final confrontation, under high tension, that the hero wins, humiliating his opponent on his own ground. In short, nothing new under the sun of the 7th art. And if there is a progression in the evolution of the characters, especially from a family point of view, emotionally speaking, it was difficult to invest in the multiple trials suffered Adonis Creed, since everything seems to be adjusted with a disconcerting simplicity.
The problems with his wife, the birth of his daughter and especially the hardships he has to overcome after the « loss » of his fight, are only a succession of sequences that are abridged, as if they had no problem importance. In this case, why staging a confrontation between Adonis and his mother, if it has no specific objective in the hero’s reflection on his future choices? Why are « marital problems » not more relevant? Why evoke Bianca’s musical career and the deafness of her daughter, if not to give them a reason to exist and real narrative conclusions? The writers stick sub-intrigues galore, but never exploit them, to offer a dramatic scale and deeper stakes to a film that is sorely lacking finesse. As for his physical injuries, no problem, Adonis is back on his feet in the space of a quarter of an hour, whereas it would have been more effective to further develop the repercussions of psychological suffering linked to a violent defeat, the difficulties of a reeducation.

There was also another way to enrich this scenario, on the Drago side.
Indeed, the most interesting character is the son of Ivan Drago, Viktor Drago. Raised by his father, defeated by Rocky Balboa a few decades earlier, Viktor has been educated in this hatred of the past, in the ambitions and hopes of the latter, who dreams of regaining his former glory and the love of his mother homeland, Russia, a country where he has no place since his defeat. On that day, Ivan had lost even his wife’s love, and it was by feeding this rage that he raised his own son, a selfish way, to recover the solicitations of the great Russian pundits, as can be seen in the sequence in which he and Viktor are invited to visit Russian billionaires.
All this part would have been interesting to develop, through flashbacks, scenes about the post-game between Ivan and Rocky and the brutal way he was released by his country and the people who were supposed to love him, but also about Viktor’s youth, how he had to cope with this maternal loss and this aggressive education, with more intimate sequences, to soak up his pain and better understand the intensity and impact of the issues.
Unfortunately, staging American heroes and more salesman than Russian protagonists who, continuously, will always be the enemies of the United States of America. In spite of everything, let us underline the end of the film and this touching session of sport between father and son, where fraternal bonds are emerging while Ivan finally grasps that we can not perpetually cultivate the hatred of others or teach that only the love of his nation counts. A very beautiful moment.

Creed II is however saved by its realization, especially that concerning the sequences in the ring. The second duel between Creed and Drago, even if we know the final outcome, is of a thrilling dramatic magnitude and a panting suspense, a sensation due in part to the violence of the blows, accentuated by a few well placed slow motion and a percussive sound / sound mixing, so much so that we feel the blows given, as if we received them ourselves. And when Draco falls to the carpet, it’s a huge relief, we can finally breathe and stop holding our breath. To be able to give such a power to a sequence, where we know in advance the result, is a real tour de force and just for that, Creed II is a success.

Of course, when we analyze Creed II, we quickly realize that he has many things in common with Rocky IV, including the confrontation between the nice American and the bad Russian. At that time, we are in the midst of the Cold War, and Stallone symbolizes the American dream, while Rocky represents the hero America needs to defeat the communist regime. An ideological war between the two blocks, that depicts without delicacy this fourth opus. And even if it seemed clichéd at times, there was a form of historical legitimacy to tell this story which, whatever one says, gave exciting and heartbreaking challenges to the whole. But today, what is the point of having the Philadelphia little guy, who has become world heavyweight boxing champion and an antagonist straight from the end of Russia, compete in a ring? None, if not arrogantly recalled American superiority over another country. Especially as the historical and political context is different, the impact on the plot is atrophied.
Will remain, like Rocky IV, this nice message of hope at the end of the film here, the sequence father / son, suffering together and renewing strong ties, as I emphasized previously.

Finally, one of the most moving scenes that concludes the Rocky Balbo story is where the former glory of boxing decides to visit his son, after years of absence. It is then a Sylvester Stallone finesse that appears on the screen, humble, confusing sincerity, a delicious moment and a beautiful ending for this cult character that was Rocky Balboa for 43 years. A cinematographic legend that has known the best, the worst, alongside the sublime and the grotesque, competing with both unforgettable and stupidity.

In conclusion, Creed II is an effective entertainment, nevertheless, the facilities and awkward screenwriting spoil the whole of a film where the ambition seems to have been evicted in favor of a narrative contempt enough denied.
Fortunately, the actors save the film drowning and float in this ocean, where there is a seemingly extraordinary writing.