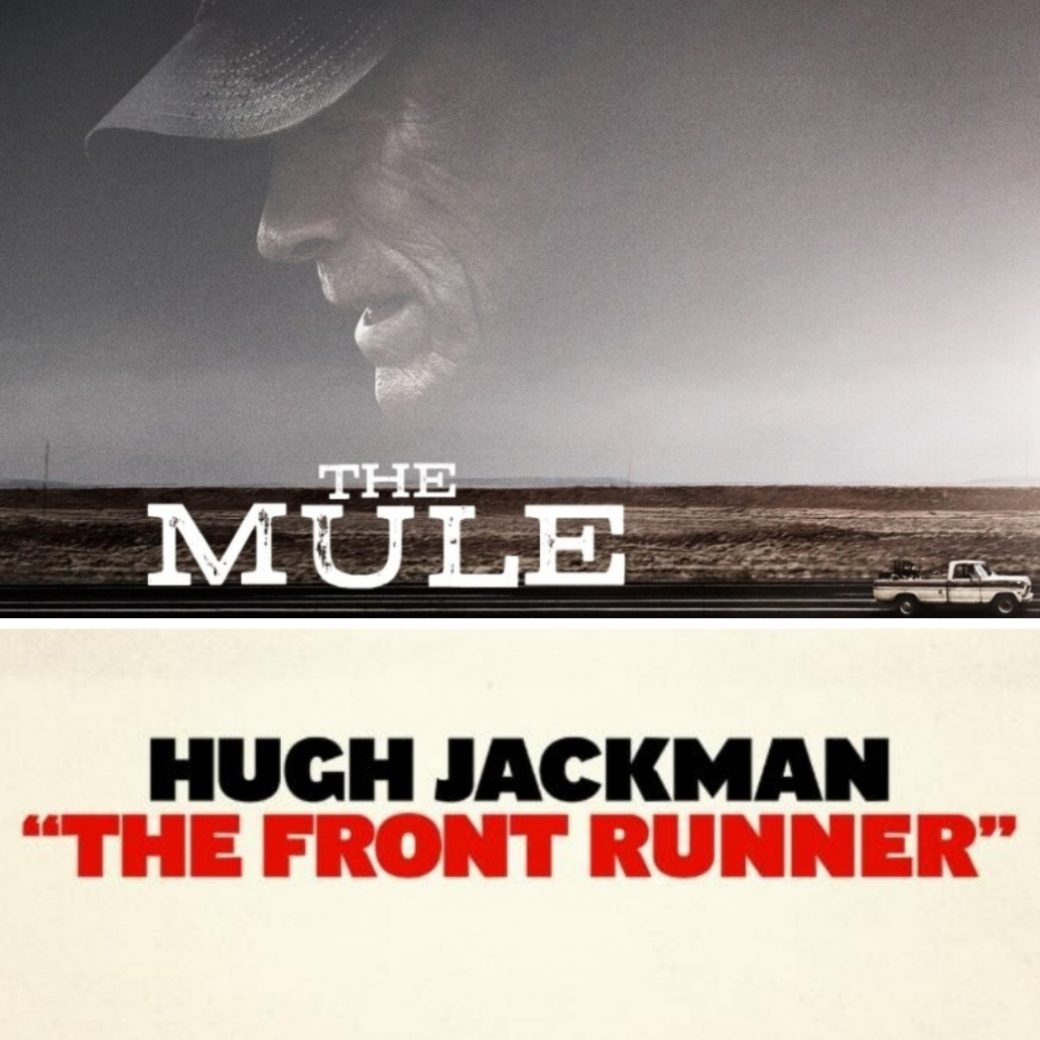 After the disappointment the 15h17 for paris, can-to be the first (and last?) Faux pas of Clint Eastwood, the filmmaker of 88 years is of return before and behind the camera with The Mule, one film inspired by one article of press published in The New York Times Magazine, who relatait the life of Leo Sharp, one former veteran of war having worked for the Cartel of Sinaloa, after its enterprise of horticulture is made bankruptcy. Immediately, the new long-film of Clint Eastwood is unmarked, one times is not not custom, by one writing diaboliquement effective and one achievement, whose the simplicity is wants to be to the image of its about : sincere.

The writing.
Funny, impetuous, sarcastic, sometimes poetics, sometimes drama, the dialogues of the mule are of true treasures, regorgeant of small sentences to the times hilarious (« that me fact pleasure of help of black. ») And moving (« I love you more than yesterday and much less than tomorrow.»). All these adjectives reflect also the attitude and what can reach the character incarnate by Clint Eastwood, earl stone, charming, seducer, irreverent, magnet, but also selfish, confined and uncontrollable. One new role attaching for the « grandpa » of cinema hollywood, where the nostalgia mingles to regrets, where the regrets is mix at forgiveness and the forgiveness to the redemption.

The most of films of Clint Eastwood are always tinted of these regrets paternal, as if the filmmaker entrusted not have been one good father and, through its stories, asked forgiveness to its own children had of long absences, been too often « on the road ». The artists are thus, they sing their désespoirs, write their statements the more intimate, put in scene their torment. Each among them expresses its feelings, of way different, but the result is the same: is put to bare to eyes of world, for open its heart, to of atone its errors. With The Mule, the director of Million Dollar Baby, offers, himself, an ultimate redemption, concedes its chess, admits its errors, confess that the « family must pass before the work » to its successor Bradley Cooper, one message, one confession open to its children who, as i the said to the instant, has past as of time on the roads to play of roles, rather that its ROLE.
The choice of casting is also important. Alison Eastwood (iris) is not indeed not there by chance. When earl stone and iris stone is reconcile, this is not more two characters fictitious who is speak in one of these dialogues superficial, but bel and well Clint Eastwood and Alison Eastwood. The false semblants disappear, both actors fall the mask, one implementation in scene of forgiveness, where earl stone is not then more qu’une allegory, one representation, since that is the man, clint eastwood, who is stands before we and fact lover of honourable, before one woman, its girl, actually moved by the redemption of its father. And in accepting this redemption, she concedes that its father is one flower, one to be complex and fallible, who is folds sometimes on she-same, before of hatch, and of reveal to earth full, this qu’elle has in addition beautiful in she. One « change of identity » qu’on found also in one other sequence. Symbolically, when Earl calls guilty of all the leaders of accusation, then qu’il would have very certainly could s’en exit free, that is in reality Clint Eastwood who accepts this penalty, serenely, in order to purge its sins, to the like an Judgment Last.
The theme of the paternity travels the film. However, this theme is not not only visible in the relation between earl or iris, it is also apparent towards some objects or protagonists secondary.
. With its flowers, whose it takes care more that its family, one reproach that him will do additionally its ex-woman, while of marriage of them small-girl.
. With Bradley Cooper, as I mentioned earlier, when this last him gives some advice on the life in love / family or the tenderness, who is emerges of them exchange, continuation to the arrest of earl. Loving.
. With its granddaughter, for which it is actually present.
. With its community, qu’il help without count.
Or still with the character of Julio Guiterez (Ignacio Serricchio). Member of cartel of the drug mexican, julio will be in charge of supervise earl in its «racing». First reluctant, then annoyed by the moods of earl, stubborn and exasperating, the young man goes find in earl the father qu’il would have surely liked have in its youth. Between both men, one complicity born, one link paternalistic is knotted, rhythmic by the first laughter, the first shares and the first lessons of morality (« you should leave all that, change of life.»), Until one unfortunate event, where julio reject the «mi hijo» of Earl, by obligation, more that by choice personal. Clint Eastwood is rejected and, knows, to its turn, the pain destructive an abandonment.

Earl, that is the archetype of dream american. Contractor to the head an nursery, chaining the success and the price, Earl Stone symbolizes the success professional. But the dreams not last qu’un time and the arrival of internet goes upset its life, at point qu’il must close shop. To the street to 88 years, it fact the choice naive of accept one role of driver, for the cartel of the drug mexican. Clint Eastwood depicts here more qu’une simple caricature of films of drug, but one history to themes societal strong. The arrival of internet therefore, annihilateurs of jobs, the place of veterans to states-united, the acceptance of differences (« the dykes », « the black »), the policy of figures and the pressure of agents of police, etc., even if several themes are qu’effleurés, without never to be developed, one point qu’on can regret.

Finally, the achievement of Clint Eastwood has for she to be both simple but purely authentic and puts in light the frankness of its own. Not of esbroufes, not of explosions, of fire to all-goes or of put in scene grandiloquentes, the simplicity of its achievement reflects its desire of sincerity. These films have always been thus and that is what fact of him one filmmaker apart from, in the landscape film hollywood. These images are there for put in light of pain, of desires, of hopes lost, confront the spectator at real and, its camera, slow and descriptive, characterized this notion of time who password and the regrets who born on the face an man.

Poetic and dramatic, The Mule to this beauty fragile of great films. One new production where Clint Eastwood is book, for the any last times, to its children. One not in addition to the redemption to which it aspires and qu’il certainly obtained, after one life of madness, to chain the roles at cinema, the success and the stories of love. One life trépident, to the image of that of Earl Stone, one character top-in-color, who sciait perfectly to Clint Eastwood. You includes now why this last to wanted conclude on this image, symbol of success, of failure and of renewal.

The Front Runner : What about the ethics?

THE CAPTAIN CINEMAXX HAS WATCHED : THE FRONT RUNNER (translation by Trystan Doré)

In 1987, the Senator Gary Hart was about to win the presidential elections in front of Georges Bush. Young, charismatic, dynamic, close to the people, with innovative and progressive ideas, this 46 years old man will lose everything in less than 3 weeks because a woman named Donna Rice. Married and father, Gary Hart will have to assume his infidelity to the eyes of his supporters and of America. Unveiled by two journalists and a photographer, this infidelity will end his electoral ambitions…

If nowadays we are unfortunately used to see family stories rhythmed by cheating, adoption or money stories exposed to the public; or journalists get into the celebrities’ private lives, reporting fake news, or showing our favorites stars’ breasts on the front cover of magazines, back then, all of these absurdities weren’t rooted in people’s everyday lives. With The Front Runner, the producer Jason Reitman asks an ethical question : Should we expose a politician’s private life at the expense of ruining his life, his ambitions and his dreams? By the way, we’re not talking about a pervert or a pedophile, nor a pretentious man that likes to satisfy his BDSM desires with dominant women after a long day dominating his own employees (and even in that case, is it this bad to have unconventional phantasms?). Gary Hart has indeed committed the unforgivable sin of adultery, just like thousands of people every day in the world (I’m not saying it is an excuse though), is it for this that we need to drag them down into the mud and dirty his reputation? This belongs to the private field, to his private life, but more importantly, it’s an act that involves only him and his conscience. And the men supposed to be intelligent and having some moral and journalistic ethics were so quick to expose that is just appalling. On the screen, the journalists transform in scavengers willing to sell their papers, in spite of a politic program they were supposed to neutrally analyze, try and find its weaknesses and its strength. Because the question longer is what Gary Hart can bring to the country, but to find out if he really cheated on his wife with Donna Rice, without caring for the consequences on his family this revelation could bring upon them.
Is all truth really worth saying? Gary Hart’s presentation tends to show the opposite. Indeed, he might have been the only presidential candidate to really be honest regarding the State’s affairs. For a few dollars only, the journalists are ready to sell their own country and leave place to some rotten politicians, which is dramatic but an actual concern.

With The Front Runner, Jason Reitman signs an opus way above the simple fiction, he raises a true ethical concern. As soon as the journalism is involved in a man’s relationship, his heart or butt problems, it tends to deviate in order to offer to its readership some dulling towel. A politician can have relationship problems. According to me, as long as his program is worth something and answers the people’s expectations, it doesn’t matter.

Finally, let’s have a word on the cast. Hugh Jackman is excellent in the role of Gary Hart and proves one more time that he is an actor of great talent able to impersonate a plethora of different characters, whether it was in The Miserables playing a Jean Valjean more than convincing;or in Prisoners where he is showing an authentic and savage sensibility, or in The Greatest Showman where he unveils his singer abilities and his high level dancing skills.

Vere Farmiga on another hand is playing a sober Lee Hart, whereas Sara Paxton acts as a Donna Rice full of dignity. dlocked0 List T