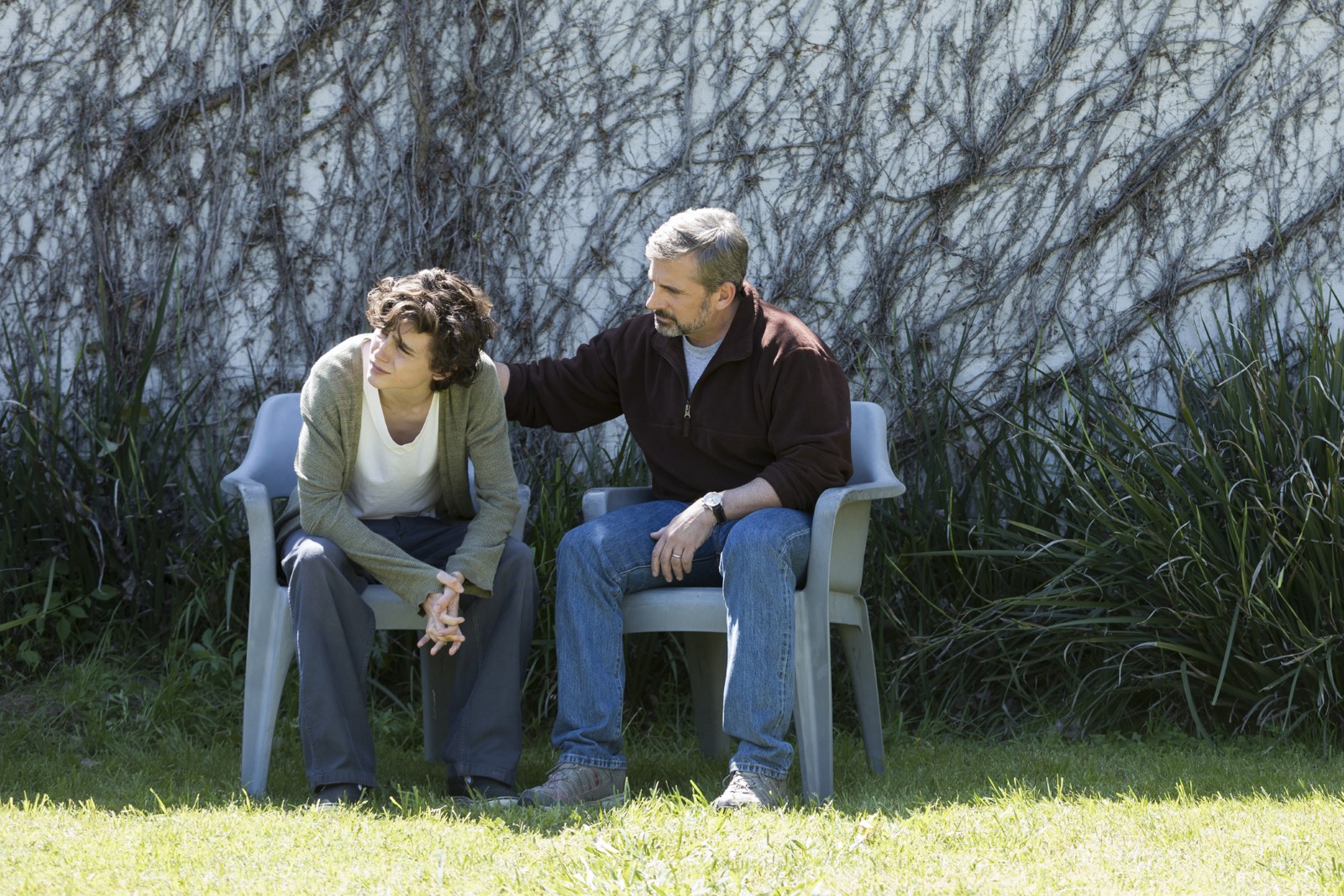 In the space of a week, two feature films on the theme of drugs were released in cinemas. The first, Ben is Back by Peter Hedges with Julia Roberts and Lucas Hedges, and the second, My Beautiful Boy, by Belgian director Felix Van Groeningen with Steve Carell and Timothée Chalamet. Two films in which two parents will be confronted with their children, in different ways, after they have fallen into the vicious circle of drugs.

In contrast to Ben is Back, My Beautiful Boy stages, from the beginning to the final outcome, a child under the constant grip of drugs, evoking the reasons that led him to act in this way, his descent into the underworld, relapses to suicide attempts, and the abandonment of the father, where Peter Hedges’ film began with a sober child, to a conclusion that was certainly rather dramatic. And this starting point changes absolutely everything. While Ben is Back gets bogged down in arather conventional direction, sometimes too clean, with few strong or poignant moments (except the sequences where the mother discovers everything that had to undergo his son to obtain drugs), My Beautiful Boy, he confronts the viewer to a path without return, swept by some good times between father and son, takes us in very cold scenes, distant or our empathy is put to severe test, even paying the luxury of a certain poetry (see the scene of the origin of “more than anything” and that where thefather discovers the intimate notebook of his son and his drawings « glaucous »).

My Beautiful Boy is also a film that confronts reality. For people with no knowledge of the drug community, know that only 10% of teens taking meth leave this infernal abyss, detox centers being completely helpless in the face of this substance and their impact / effect on psychology young people, is absolutely terrifying. An alarming percentage that the director Felix Van Groeningen does not just swing without staging, My Beautiful Boy puts in scene, the multiple relapses of Nic related to the taking of this drug with brutality and sparing the happy- classic end, but leaves, however, a small piece of hope, as if to say that nothing is really irreversible, nevertheless, that the path will be long, rough and trying.

More focused on the emotion and the difficulties related to the taking of illicit substances, My Beautiful Boy would be nothing without the presence, both tender and brutal of Timothée Chalamet, revelation of recent years, thanks to Interstellar and Call Me By Your Name (and that is expected in the upcoming adaptation of Denis Villeneuve, Dune), as well as the delicate and restrained Steve Carell proves, once again, his ability to interpret completely different roles, from one film to another, with disconcerting ease.

In conclusion, if Ben is Back has never really transported me in its history, My Beautiful Boy had the emotional impact sought, thanks to more pronounced script choices and sensitivity, stronger and less obvious positions, which reveal all the dangerousness of meth, the dark thoughts they cause on the human brain, but also the reasons for the addiction.