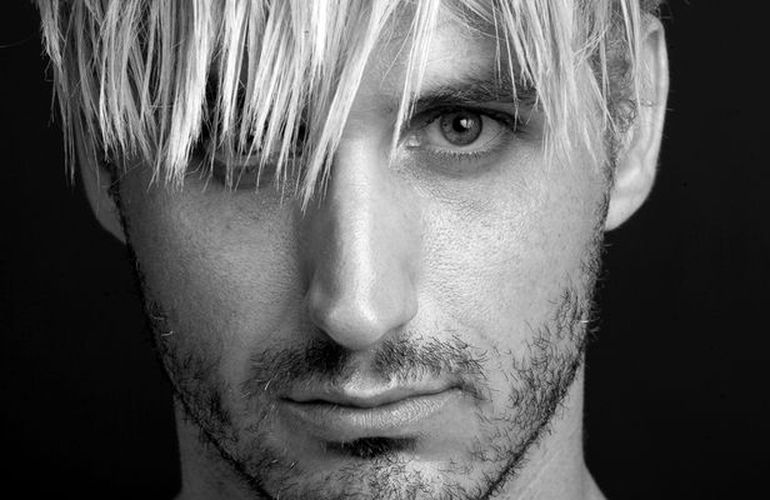 Shane Baxley recently collaborated on two projects distributed by the 20th Century Fox and Paramount Pictures : The Predator & Bumblebee, making his first steps as a concept artist. Two blockbusters where he helped designing the Predator’s space ships and some of the new autobots/decepticons’ designs in this Transformers saga’s spin-off.

It is with great pleasure that I had the chance to interview this talented artists in order to talk about his latest work: Alita : Battle Angel directed by Robert Rodriguez and James Cameron. First and foremost, I would like to thank him for his answers to my questions despite his very charged schedule. I hope once you’re done reading, you’ll have the feeling to have learned something. The goal of this interview is to highlight Shane’s essential job in the process of making an animation movie.

When you get to a project with a universe as vast as Alita’s: Battle Angel, I guess you don’t know which way to turn (laughs), so where do you start? (City? Armor? Weapons?  Vehicles, etc.). What were the steps in your work?

Starting a film as a concept artist is always diﬀerent… sometimes the project has been in development for months/years and there is a very clear vision for the design of the world and/or there is a lot of a source material to use as reference (manga/comics/etc). Other times there’s literally nothing and you just start throwing stuﬀ at the wall to see what sticks.
Alita is one of the most extreme cases of a film that has been in development for years… over a decade in this case.
When I started the film the first thing I did was look through all the previous concept art (some of which dated back to 2004) which made me laugh as that was the year i graduated high school and had no idea what concept art was… much less any idea it would be my job one day.
After looking through all the early concept art and reading through the manga… I had an idea of what the film’s aesthetic was… that being said, it’s easy to read/look at something but actually doing it is another story… it normally takes a few days/weeks to really get your mind/hand into designing the right style.

One of the first things I was tasked with doing for Alita was the Kansas Bar set, there had been early concept art done for it but it still needed to be bushed out/designed so that an actual set could be built. I was given some dimensions of the set space and began designing around them using the early art as inspiration. By luck more than anything, the way I decided to light my first rendering for the bar was loved by our Cinematographer, Bill Pope and he used it as reference to light the actual set.

Working on site in Austin Texas at Troublemaker Studios where all the sets were being built required me to work very quickly as there were many diﬀerent things needing to be designed. Sometimes it was quick set illustration other times it was a cyborg that ‘just needs to look cool’.

How many people have worked with you on the conceptualization of designs?

There was a HUGE team of Concept Artists, Art Directors, Production Designers and Set Designers, character artists, animators, etc. I worked with this team. Some were on site with me in Austin, others were in Los Angeles. Probably the biggest team I’ve ever worked with on a film… maybe 50 people?

Which softwares do you use to create your designs?

I use a lot of diﬀerent software depending on what I’m tasked with doing, Photoshop, Rhino, Zbrush, Octane, Marvelous, Illustrator, Keyshot… to name a few.

Did you created the sumptuous robotic bodies for Alita?

I didn’t work on Alita’s body as it was done before I began working on the show. I did design all of her skates for the movie. There were 3 designs:
– The first pair that she uses in the pick-up motorball game which were meant to look very scrappy as if they had been pieced together from the junkyard.
– The 2nd pair that Ido gives her to use in the big motorball tryout which are much more high-tech and then her final ultimate bad ass pair that she uses in motorball at the end of the movie.
I grew up playing Ice and Roller hockey so while designing her skates I wanted them to be as functional as possible while still looking awesome.

Which characters or places/items did you worked on?

One of the main characters I did was the burned out motorball player who killed Ido’s daughter. This motorball player was selling his cyborg body pieces in order to buy drugs. The idea behind him was to have a really wide base to evoke his athletic past and so that he could knock Ido over really easily. One of his arms was literally half gone… drugs are bad.

One of the main characters I did was the burned out motorball player who killed Ido’s daughter. This motorball player was selling his cyborg body pieces in order to buy drugs. The idea behind him was to have a really wide base to evoke his athletic past and so that he could knock Ido over really easily. One of his arms was literally half gone… drugs are bad.

Indeed, the idea for the design of Vectors penthouse was always big and bold with metal/glass contrasting the concrete walls.

And regarding his style?

I wasn’t responsible for his wardobe.

I worked on the motorball pit area with all the robotic arms that would hold the players up while they were swapping into their game bodies vs their street bodies. Actually I didn’t reference the manga at all for this (though I should have). Some of the robotic arms that worked on the players/held them up were going to be completely CG so I knew the design of those could be more high tech. Others were going to be practical so I basically had to alter the design of old assembly line robotic arms we found as scrap. For this I worked closely with the team in the shop on how far I could push the design while still being buildable.
I came out of school as a car designer, so I have a great love for vehicles and racing. Thus I knew this needed to have the feel of an F1 pit area… only cooler.

And regarding the vehicles, did you conceive some?

There was a lot of concept art already done for the vehicles, however much of it was very loose and suggestive. Thus I can’t take credit for the initial concepts /research.  The vehicle I worked on the most was the Tanji’s (Hugo’s best friend)’s motorcycle. The design for this was inspired by street bikes of today… only on a mono wheel.

Who validates all the designs you propose?

This is a diﬃcult question and it totally depends on the fillm and how important the specific item is to the film. Generally it has to be okayed by the Production Designer(s) then the Director needs to okay it as well as the Producers…

You recently worked on Captain Marvel and soon on Guardians of the Galaxy Vol. 3, is working with Marvel Studios more constraining than with a normal studio such as Universal or Paramount?

Working for Marvel is a unique case as they have an internal team who generally handles all of the character design. Us film concept artist will design most of the sets, and in my case, I was doing the space ships for Guardians. All in all in doesn’t feel any diﬀerent than other studios (aside from not being able to do character design).

How did you felt working for Hasbro/Paramount on Bumblebee which was your second experience working on a Blockbuster after The Predator?

Working on Bumblebee was the polar opposite of working for Marvel with the idea  that we spent a lot of time doing character development. It started as a slow process of throwing ideas up on the wall… eventually we realized that the G1 design aesthetic was where we were going… once we ﬁgured that out it was fairly easy… ﬁguring out  the overall aesthetic for a ﬁlm is always the hard part.. once that is set you can kind of  get in the fast lane and by!

Next up for me is Suicide Squad 2…

My review of Alita : Battle Angel is online here.

1 thought on “ALITA BATTLE ANGEL : 7 QUESTIONS TO SHANE BAXLEY, THE CONCEPT DESIGNER OF THE MOVIE”