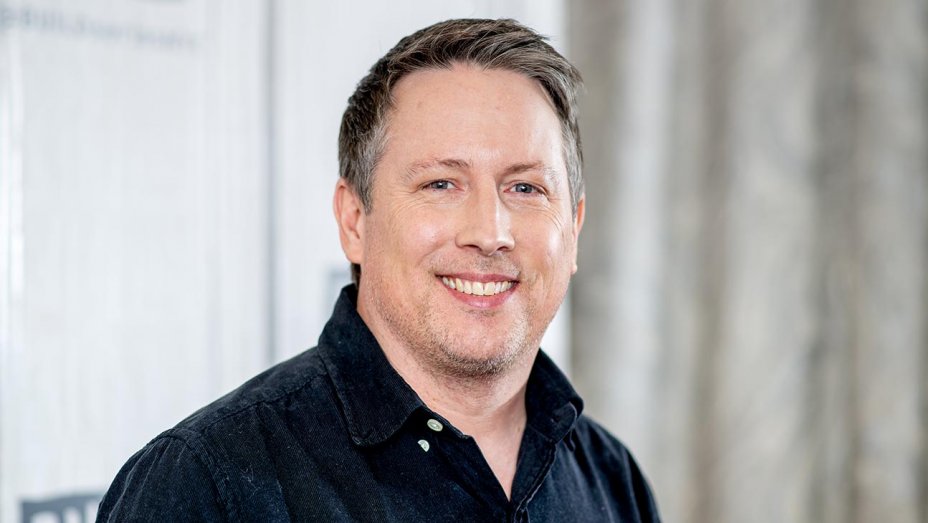 For the release of the movie The Kid Who Would Be King, the writer/director Joe Cornish accepted to answer to a few questions about his last production in which Alex, a 12 years old boy, sees his life being turned upside down as he discovers Excalibur, the legendary sword of the King Arthur. With the help of Merlin and his friends, Alex will try to defeat the evil Morgana who came from the Middle-Age to destroy the world.

A touching movie bearing Joe Cornish’s positive message to the young public. Fresh and amusing, The Kid Who Would Be King is also surprisingly precise in the production and staging , as well as in the dialogues which tries to make the children look like young responsible heroes full of hope and compassion instead of accomplished adults

9 years…. It took 9 years since Attack The Block for you to release your new film, why such a long wait? (laughs)

They were very busy years! After Attack The Block I wrote Ant-Man with Edgar Wright, which took us until 2014. At the same time I wrote and developed a few studio films which didn’t make it into production. I started writing The Kid Who Would Be King in 2015 and we finished production late 2018.
Time flies when you’re having fun!

What led you to want to do your own review of Arthurian legends? Any particular desire?

The idea for this film came to me when I was about 12 years old. I saw John Boorman’s Excalibur and Spielberg’s E.T. in the same year and had the idea to make a fantasy film combining the two – the story of a normal suburban kid who finds the sword in the stone. I’m not an expert on Arthurian myth but everyone knows the basic ideas – from Mallory to Monty Python, they’ve been kept alive for centuries. And I realised there are lots of interesting parallels between the myth and modernity.

Putting your film in the context of the 21st century was quite clever, since it allows us to draw a parallel with our current society. Moreover, on several occasions, the characters speak about a corrupt, individualistic, selfish world. It was important for you to deal with these themes in the film and to convey a message of hope through the code of chivalry?

Yes! There was instant comic and dramatic fun in attempting to transform modern kids into medieval knights. Asking a suburban kid to ride a horse, a teen obsessed with her mobile phone to wield a sword or a school bully to obey the Chivalric Code. Then the set-up of Arthurian legend – a divided country that desperately needs leadership and unification – fits disturbingly well into a modern context. I think that young people are very aware of the state of the world and have a clear view of what needs to change – but often feel powerless to make that change.

And then there are these young heroes, symbol of our future. This generation that is coming, is it the one that you think should guide us? Is it the one who could save us?

Absolutely! The next generation carries the burden of the previous generations’ mistakes. The world always needs course-correction and the only way to do that is by putting power into the hands of younger people with new ideas.

The outdoor scenes are absolutely magnificent, especially those in which the heroes are heading for Tintagele. Were they all shot outdoors? If so, what were the difficulties encountered during the shooting of his scenes?

Thank you! We did a lot of location shooting around Cornwall and it went surprisingly smoothly. The biggest challenge is always the weather, but we were very lucky.  It rained when we needed rain and the sun came out when we needed sun. My DOP, the brilliant Bill Pope, had never been to Cornwall before and he loved the landscapes and the history.
I think his love for the landscape comes through in his photography.

. The final battle is also very clever. In a few words, how did you think about it?

I guess I love sieges in big buildings! Attack the Block revolved around a tower block under siege and this movie ends with a big glass school building under siege. I like the wish-fulfilment aspect of the idea – that a kid at school might fantasise how he or she could fight off an attack by undead knights in his or her own school. What equipment they might have, how they might use the architecture.
To write it I just became one of those kids and fantasised what I would do.

In the film, Merlin needs very specific and quite repulsive ingredients (laughs). It was also a criticism of junk food and over-consumption, I suppose?

London is full of nasty little chicken shops and school kids eat at them all the time. They’re cheap and convenient – but also kind of disgusting. Many kids are getting more and more intelligent about what they eat and where it comes from so I figured it was a joke they’d appreciate.

What is your favorite film about Arthurian legends, and why?

That would have to be John Boorman’s Excalibur. It’s a film set so far in the past that it might as well be science fiction. Its Irish locations are stunning. The lighting is wonderful – the use of green key light in exterior scenes is a brilliant way to make natural environments feel magical. The music is fantastic – the use of Wagner and Carmina Burana. The costumes are extraordinary – you can really feel the bulk and weight of the armour. Nicol Williamson’s performance as Merlin is the best ever screen portrayal in my opinion.
And the sex and gore are very powerful too – especially when you’re twelve years old!

Thanks to Laura Richardson for the opportunity and to Joe Cornish, for his time and his kidness.