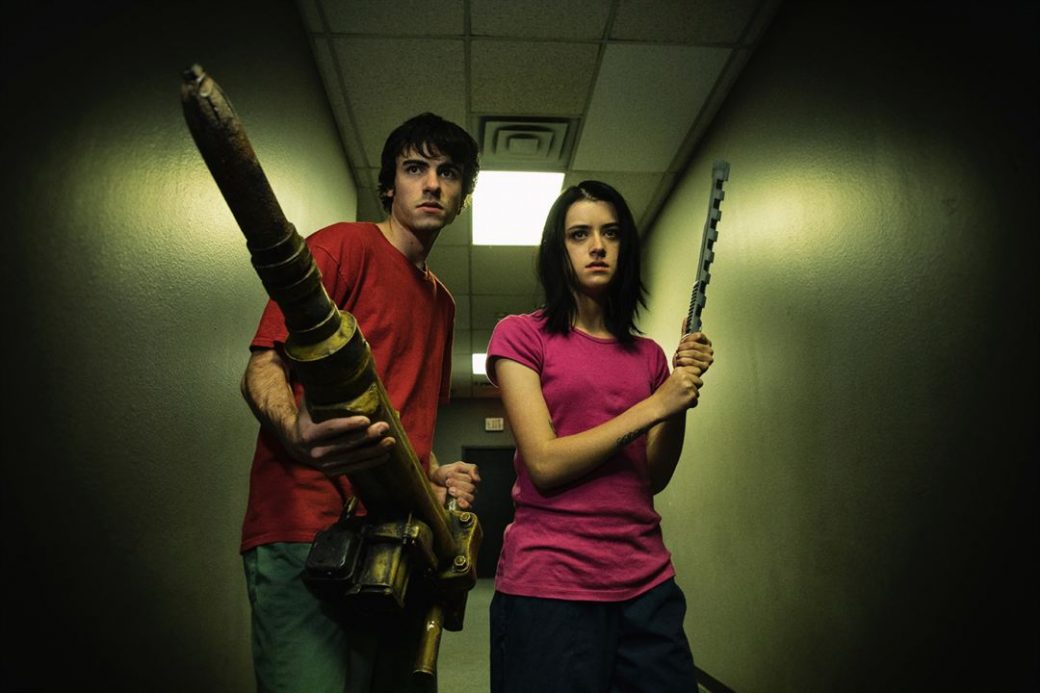 During the 72nd Cannes Film Festival, I had the chance to watch an exceptional masterclass led by Robert Rodriguez, producer of Spy Kids, Sin City, Alita : Battle Angel among many others.
During this masterclass, Robert Rodriguez came to present his last film : Red 11, a comical-horror movie filmed in 14 days with a budget of only $7,000. This challenge allowed him to come and support the new generation to force them to be innovative, to create, even with little budget or material.
Before the screening, Robert Rodriguez talked a lot and commented the pictures of the making-of of Red 11 (we saw 20min of the 2h), he told us the way he works, and some tips and tricks when you’re working with a little budget and team.
This was a treasure for every cinema-lover and students who were motivated by Robert Rodriguez’ advices.

For capitainecinemaxx.fr, the American actress Lauren Hatfield accepted to tell us her experience in Red 11. She is the interpret of Magenta 6.

Tell us how your casting took place?

My casting project was actually a bit different. I met Robert almost a year before we started filming Red 11, while I was working as an extra on Alita: Battle Angel. A few weeks later, I ran into him again through an internship I had. Robert remembered me from the Alita set, and he commented on a scar I have near my left eye. He later reached out to me and told me about the project that would become Red 11.
We started workshopping a character for me to play, in which my character would have some mystery surrounding my scar.

Without spoiler, can you present your character to my readers?

My character, “Magenta 6,” is also a test subject at the pharmaceutical testing facility where Red 11 is undergoing an experimental medical procedure to earn quick money. Magenta’s backstory is part of the mystery of the movie. She meets Red 11 in a medical ward, where they bond over their experiences. They quickly learn that something odd is happening to them, and they team up to find out the true nature of the lab.

What kind of Director is Robert Rodriguez? Is he serious? Agitated? Calm? (laugh)

He’s pretty relaxed. Honestly, he’s down to try any idea and he really encourages input from his cast. At this point in his career, he knows what he is doing and he’s obviously a very creative guy. It could be a little crazy on set with him running around and doing everything, solving every problem, but he was always cool and fun to work with.

Red 11 is 14 days of filming, a budget of 7000 dollars, a lot of brushwork, as an actress, how have you experienced this experience? What did you learn?

I learned a lot as an actress – for starters, always be prepared. This was especially important on a fast-paced shoot like this, where our scenes were decided the night before or even the day of shooting. I think I got better with that as we continued through the shoot, but I definitely had to learn how to adapt. On this film, we really had no idea what to expect or where the story would even go, because things were constantly changing. The pace and creativity made the experience really interesting and it was a fun challenge!

Seeing a director turn this kind of little movies with so few means, is it inspiring for a young actress like you?

It was very inspiring to work closely with someone so passionate about what they do and just so creative. I also went to school for film production, so as a filmmaker this experience opened my eyes to a whole new level of what is possible in making a film. I felt inspired to go out and make my own feature. Even student sets have more people working on the film than we had for Red 11 – they’re usually just unpaid.

What is your favorite film made by Robert Rodriguez, and why?

I really enjoy From Dusk Till Dawn and The Faculty. Both are super fun movies that I can enjoy over and over again. I think From Dusk Till Dawn especially is a film that really encapsulates Robert’s style as a director. I also can’t mention my favorite Rodriguez films without mentioning Spy Kids. I can’t tell you how many times I watched that movie growing up.

What’s your next project?

I am actually working with Robert again on an upcoming feature. This time my work is in a more behind-the-scenes kind of role on the production side, which is fun for me because film-making and production are actually what I studied in film school.

Thank you to Heather Collier (Lauren’s agent) for her kindness and to Lauren Hatfield for this interview.

If you are wondering why I didn’t detail much the conference, it’s only because this unique experience is something we live and we can’t tell. My words wouldn’t have the same impact anyway and I prefer you to discover Red 11’s making-of by yourself with pictures.