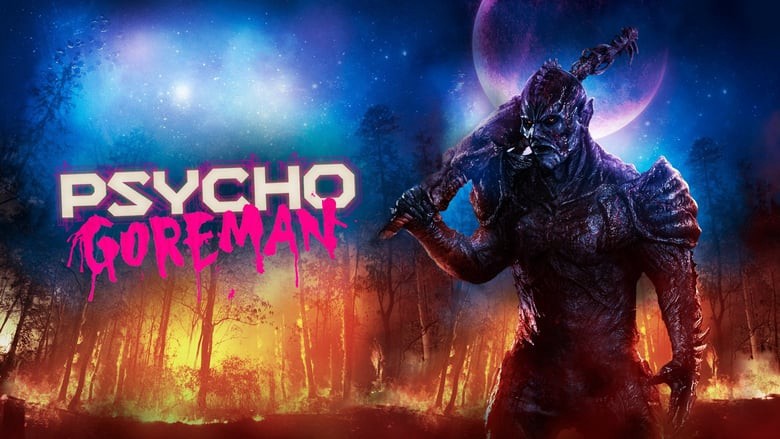 Storyline:
On the outskirts of a small American town, Mimi and her brother Luke discover the tomb of Psycho Goreman, a sleeping alien warlord whose only desire is to destroy the entire universe. Fortunately, they also find a magical gemstone that allows them to control him. But an intergalactic league of renegade hunters learns of the resurrection of Psycho Goreman and decides to join him on Earth…

Steven Kostanski’s work as a professional make-up artist is well known to the general public. You may not know his name, but you have already seen his creations in movies and on television. Silent Hill, Resident Evil, Suicide Squad or It for the cinema, Hannibal and Star Strek: Discovery for the small screen, Steven Kostanski travels the world of cinema between his passion for makeup and directing. With Psycho Goreman, his 13th film, the young filmmaker continues to state his love for this art form loud and clear, often categorized as a “behind the scene jobs”. He thus delivers a lyrical ode to his profession and to cinema.

Psycho Goreman is a bloody delirium uninhibited and absurd. A very funny pastiche with influences embedded in the 80s and 90s. Steven Kostantski rides the wave of a nostalgic period that Hollywood directors have been fond of for a few years, between remakes/sequels of cult films (Ghostbusters) and original creations (Strangers Things). Here, it’s an assumed choice, at the service of the work. Where some authors accumulate unfounded references, Steven Kostanski uses them to feed his subject as well as the context in which the action takes place. More than tributes, they are cries of love.

Yes, Psycho Goreman is a film where a multitude of cinematographic references follow one another. Thus, the most cinephiles among us will recognize nods to Evil Dead, Hellraiser, Star Wars, The 10th Kingdom, and more subtly Mars Attacks! or Jurassic Park (Psycho Goreman is dressed in the same costume as Dr. Alan Grant). But also to the Powers Rangers franchise. Whether it’s the costumes, the characterization of the characters or the way they move, everything calls to mind the Power Rangers series, series of a whole generation. And when you were a child of the 90’s like me, you can’t help but see it as a gory parody of Powers Rangers.
Cries of love, which turn Psycho Goreman into a film of extraordinary generosity.

In addition to these references, and beyond the comedy and its horrific science-fiction aspect, Psycho Goreman translates the torments of a disunited family. The arrival of the man nicknamed The Arch-Duke of Nightmares will shake up their certainties and allow them to unite, to face a common threat. A sincere family adventure, between euphoria and redemption.
Among the references mentioned above, it is worth noting that this family construction is close to the characters that we can find in Steven Spielberg’s filmography. A tyrannical protagonist (here represented by the young sister), a weak and submissive hero who eventually reveals himself (Luke) and an anarchic family, symbolized in Steven Kostanski’s film by an absent father and a mother on all fronts.

If there is a parody, Psycho Goreman has first and foremost a delicious artistic direction. All its cinematographic references that the director of The Void intelligently integrates in his feature film are reflected in the conception of the costumes, the accessories and the make-up. A real research work offering to the spectators an inventive and rich show.
Gore and VFX enthusiasts, with the mixture of CGI and latex, will find their groove there! The multiple flashbacks concerning the past life of Psycho Goreman also have a real artistic and scenaristic contribution. Artistic because they reveal a universe much more complex than it seems, and scenaristic because the film throws a dramatic veil on the past of Psycho Goreman. It is also a way for Steven Kostanski to approach themes such as religious fanaticism, which is reminiscent of the one of the series Stargate SG-1 with the Goa’uld.

Fascinating gore comedy by its numerous references and its daring scenario, Psycho Goreman is an exultant film. If we will reproach the film for being a little too wise on its gore and horrific aspect, we take a certain pleasure in following the madness of Mimi and her team composed of her brother, Psycho and a zombie-cop. Delicious and delirious dialogues, totally insane scenes, for a maximum of laughs!