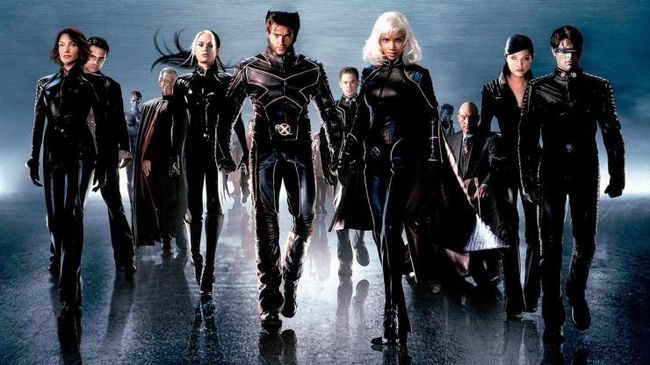 On August 16, 2000, a new cinematographic era for superheroes opened before our eyes : the era of mutants. Signed by Bryan Singer, the first X-Men opus – and later the second one – have imposed themselves as monuments of superheroic cinema. Still today, they are a reference in the genre, not only for their visual mastery but also for their scripted ambitions which gave the keys to young authors wishing to make « auteur » superheroic blockbusters such as Sam Raimi’s Spider-Man or Christopher Nolan’s The Dark Knight trilogy.

To celebrate the 21st anniversary of the release of the first part of the X-Men franchise but also the 58th anniversary of the birth of the character of Iceman (September 1963), let’s go back behind the scenes of this trilogy that marked the years 2000 with the actor Shawn Ashmore.

Shawn Ashmore was just 20 years old when he auditioned for X-Men. An unforgettable memory for the young actor that he was, excited at the idea of playing in a Marvel movie, and which he shares with us today : « I remember it very well. I found out about the audition through my agents in Toronto, honestly, I don’t know how many people auditioned for the role. For the audition, I read in front of the casting directors the scene where Bobby and Malicia are on a bench, and he tells her to leave the school. I had to read it about 2-3 times in front of them, before I did it for Bryan and the producers. It was a pretty standard process. I felt like I did a good job when I left the studio and a few days later I found out I got the part ! ».
To play Bobby Drake/Iceman, the actor did « no physical preparation for the casting. I had no stunts or action scenes planned, so I just showed up. ».
Before auditioning, the young man was already a lover of the X-Men universe : « I was an X-Men fan, so I knew what I needed to know about the world, the school and all the characters. Plus, the Bobby in the movies was a different version of the character, so I didn’t feel like there was a ton of overlap. […] I loved the character before I played the part ! I think what I loved about the X-Men was the team aspect. I loved the idea of the Xavier School being a safe haven. A place where special people could go to be part of something bigger. ». Nevertheless, he never really knew why he was chosen to play the superhero Iceman, the sincerity of his love for the X-Men or his talent : « Honestly, I couldn’t tell you why I was chosen ! There are roles that I thought I would be perfect for that I didn’t get and then there are roles like this that were long that I did get. It’s always a roll of the dice. ».

Shawn Ashmore had a very secondary role in the first X-Men. Indeed, the character of Iceman was mainly used as a love interest and to highlight Malicia’s problems. However, having a small role was never something frustrating for the actor : « I was – fortunately and honestly – lucky to be part of the movie. When you’re on a project that you love and you play an amazing character, you always want to do more, but I was very happy with what I was given on the film. ».

When it was released in 2000, X-Men was a huge critical and financial hit and also Shawn Ashmore’s first success in a Hollywood blockbuster. However, the interpreter did not feel a major change in his life : « To be honest, my role was not very important in the first film, so I did not feel a big revolution. I’d been doing theater since I was 10, so it didn’t feel that different from the other projects. I was noticed a little more on the street, but it wasn’t until X-Men 2 came out that I felt like I was an integral part of the franchise. ».

X-MEN 2 : A message, a kiss and Hugh Jackman

When Charles Xavier’s mansion is attacked in the middle of the night, Bobby Drake reaches Boston with the help of Wolverine and other mutants, including Rogue and Pyro. He finds refuge with his parents, to whom he reveals his secret. A moving sequence that reminds us of the difficulties for a teenager to come out.
The story of the X-Men has always echoed the current events, by putting in parallel the mutation and the racial or religious problems of our world. For Shawn Ashmore, that’s exactly what it is : « I’ve always thought the message of the X-Men is to embrace what makes us different. To celebrate it ! Unfortunately, that’s a lesson that’s not shared by everyone. ».

It is also in this scene that Bobby Drake and Rogue will share their first kiss.
In 2004, Shawn Ashmore and Anna Paquin were nominated at the MTV MOVIE AWARDS for « Best Kiss » in X-Men 2.
He recalls the behind-the-scenes of that « awkward kiss » scene : « I remember we shot that scene for a while and it was very technical. A lot of lighting and visual effects were going on when her powers start to affect me. ».
A nomination, incidentally, fun for the actor : « I’ve always gotten along well with Anna, so it was cool to be nominated for a somewhat silly award together. ».

Shawn Ashmore has shared the screen with Hugh Jackman many times. He tells us about one episode in particular, that he remembered at the time of X-Men 2 : « Hugh is the nicest and most professional actor I know. He embodied that character so much that every time he came on set in his full costume and makeup, it was exciting. One of my favorite scenes was when Stryker’s soldiers attack the mansion. It was a quiet scene, where we were both talking in the kitchen, and it turns into a madman mode. When he skewers the soldier against the refrigerator, it always made me smile. It was amazing to see that on film. ».

X-Men : The Last Stand has a monumental final battle. Magneto crushing the San Francisco Bridge to use it as a path to Alcatraz will remain a memorable image despite the misfires of this opus.
« Shot in Vancouver » as Shawn Ashmore says, this confrontation « took months to shoot. ». It was also a wonderful moment for Shawn Ashmore but also for his character who had his little moment of glory : « I was very happy that Bobby finally became completely ‘frozen’. It was also satisfying to have that relationship between Bobby and John. I’ve always loved working with Aaron Stanford, so it was a great scene to shoot. The scene always got cheers in the theater, which was super fun ! ».
Note that their fight was « shot in one night. ».

X-Men 3 was the least critically acclaimed episode. Shawn Ashmore, if he recognizes the defects of this part, keeps a good memory of it : « It is the film that I liked the least, but there were really amazing moments. I loved that Bobby turned into a full-fledged ice man for the first time. I also thought the teacher’s death and the students’ reaction was very effective. We also got to go to the Cannes Film Festival for our premiere, so overall it was an amazing trip. ».

X-MEN DAYS OF FUTURE PAST : An unexpected return

8 years after X-Men 3 and his last appearance in the role of Iceman in the cinema, Shawn Ashmore, who never thought he would return to the mutant franchise, is back in action. He appears for a few minutes, at the beginning of the movie, in a phenomenal opening sequence that excited the actor : « I loved that the opening sequence of this movie was so brutal. For me, it was one of the best action sequences in the whole saga, but it also set the tone for the whole movie. We see many important X-Men die in the opening moments. The stakes couldn’t be higher for the characters we’ve all grown to love. When I read the scenes, I couldn’t wait for the audience to see them in theaters. Honestly, I was also pretty shocked that we could all come back. I thought our time with the characters was over when they did First Class. I was excited to come and even more excited when they told me it was for Days of Future Past, a beloved storyline by all ! ».

An unexpected comeback, but one that was made in the greatest of simplicity : « The Business Affair section of Fox contacted my agent. I was so excited to hear about a new feature film. I didn’t really talk to any of the people involved in the creative process of the film until we started doing costume fittings a month or two before shooting. It’s always great to see what the costumes will look like. ».

Through the ups and downs, the successes and failures, Shawn Ashmore has wonderful memories of his time in the Marvel universe : « I will always be grateful to have played Bobby Drake. I’m still very proud of the movies we made. They were fun and entertaining, with characters that the audience could relate to but also had something to say. ».
However, if the X-Men era seems to be over for him, he does not close the door to a possible return. The X-Men are now owned by Disney and will soon be integrated into the MCU, so he leaves the door open : « If Kevin Feige calls me to join the Marvel Cinematic Universe, I would come back to play the character of Iceman without hesitation and with great pleasure. ».

Thanks to Shawn Ashmore for this interview. Despite his busy schedule, he received me with great kindness and a rare simplicity.

You can currently find Shawn Ashmore in the thriller of the French director Julien Seri, « Darkness Falls » and in « Aftermath » by Peter Winther, whose soundtracks have been skilfully orchestrated by a the French composer, Sacha Chaban.