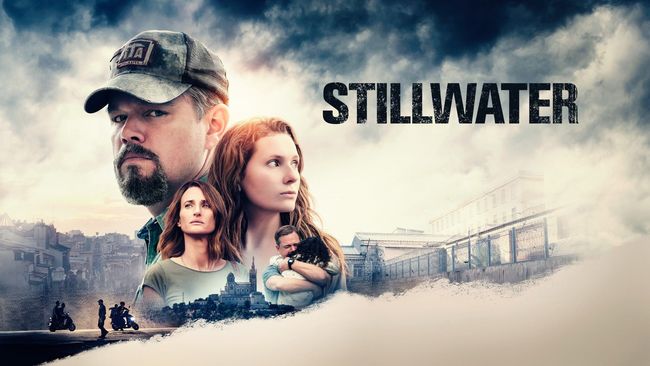 Presented at the Cannes Film Festival and the Deauville American Film Festival, Tom McCarthy’s new drama Stillwater plunges the viewer into a heartbreaking family story. A film of striking accuracy and depth, in which Matt Damon stars with one of our best French actresses : Camille Cottin.

Synopsis :
Bill Baker, an oil driller from the American town of Stillwater, Oklahoma, travels to Marseille to find his daughter. The latter, imprisoned, has been sentenced to nine years in prison for a murder she swears she did not commit. On the spot, the American is alone and does not speak a word of French. He will be able to count on Virginie’s help.

Heroism according to Bill Baker

Stillwater is the ultimate anti-Taken. Director Tom McCarthy dusts off the genre carried for a few years by Liam Nesson to deliver a poignant dramatic score. The author of Spotlight anchors his story in a reality that is both material and familial, violent in many ways, by sprinkling his scenario with a realistic vision of the world, and develops the whole without artifice but with grandeur and insight. A credible universe both in its representation and in the treatment of its characters. This is how McCarthy takes a step up, targeting the elements that action films ignore to apply real emotional power to his story.

First, the filmmaker chooses to personify his hero in the skin of an ordinary person, a normal citizen, having professional as well as financial difficulties. Thus, Bill Baker is born. Played by a precise Matt Damon, Bill Baker represents this Americans, forgotten by the successive governments and who fights for their survival and that of their family. Widower, he has to deal with a sick mother and a daughter locked up in a French prison for a murder she didn’t commit. Here, Tom McCarthy opts for human contact rather than action and will focus on this father/daughter relationship. It is in this second tempo that the director offers a particularly mastered and moving drama. The issue is not pretext for excessive actions or explosive chases, but for the father to preserve a relationship with his daughter, at a distance. There is, of course, this desire to save, to extricate his daughter from this unjustified and unjust condition. Nevertheless, the filmmaker progresses step by step, even using temporal ellipses to show the spectator that nothing is simple, that problems are not solved in a few hours despite the desire and faith. At times, he even decides to remove the investigation from his scripted equation to refocus on the family aspect of his work. In addition to the strong moments spent with his daughter in prison or outside, we see Bill Baker evolve in Marseille, within a “new family”, where he falls in love with both Virginie (Camille Cottin) and especially with the young Maya (Lilou Siauvaud). Like a redemption, Bill cares for Maya as if she were his own daughter. This new relationship, charming, offers to the story a lyricism, a poetry of which one did not suspect the existence. In this respect, McCarthy changes his way of directing. He decides to illustrate his narrative with small daily acts, often banal (cf. picking up Maya from school), but which make the story more intimate, more beautiful and give Bill Baker a deeply human fragility. Cold by nature, because he has been knocked down by life’s hard knocks, he opens up. And this opening, it is necessary to wrap this human drama of a small hope.
Unfortunately, there will be this break. The anger of injustice takes over and Bill seizes a cursed opportunity to save his daughter, jeopardizing his new life. Here again, Tom McCarthy breaks away from all his heroic productions with easy happy endings. Because life is not like that, a succession of rosy stories where love triumphs. Everything explodes for Bill. Although he succeeds in his first mission, his sacrifice shatters his hopes of a complete rebirth. And in the end, isn’t that what true heroism is all about ? Sacrificing what one has built to save a precious being ?
However, by freeing himself from his pain at the side of Virginie and Maya, by tasting love, he knows deep down that another way is possible. From now on, all the cards are in his hands…

Tom McCarthy never detaches himself from his protagonists. To transmit emotion, to capture all its intensity, he knows that everything goes through the eyes. The director films Matt Damon, often in close-up, to reveal all the intimacy of his face, from his coldness to his violence, through laughter or tears. Nevertheless, his shots on the faces of the heroes are never intrusive or oppressive. There is nevertheless this distance, this respect for the emotional stages that follow one another. This relationship of closeness and at the same time this distance, it emerges a certain tenderness. It moves us. We are with them, live this story as ardently as the protagonists and it is this feeling of belonging to the story that gives this story all its power, all its eminence and purity.

Led by a relentless Matt Damon and a demanding Camille Cottin (her French dubbing does not pay homage to her, however), Stillwater is a drama that is the opposite of the heroic figures that Hollywood presents to us today. A strong film, whose characters are really at the heart of the story, are the pillars, and not objects in the service of a hysteria with superhuman feats. Yes, from time to time, it is good to see a father fighting with his heart and not with his fists.