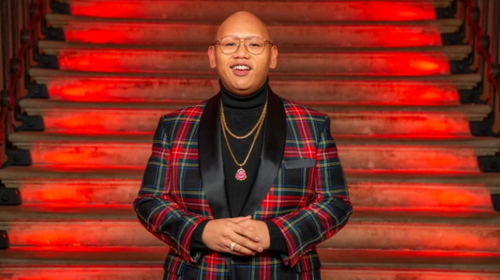 It’s been a year since Spider-Man : No Way Home hit the global box office with over $1.9 billion in revenue. Released only a few months after the reopening of cinemas and therefore a period of complex health crisis, the Marvel Studios film also allowed French cinemas make their comeback (7.3 million entries). It must be said that the idea of seeing Tobey Maguire and Andrew Garfield again – not to mention the Marvel fanbase – has largely contributed to making Spider-Man : No Way Home a transgenerational global event.

While Marvel Studios’ Spider-Man trilogy is not without flaws, it has nonetheless spawned some talented young actors such as Jacob Batalon, aka Ned, the franchise’s comic relief and Peter Parker’s best friend. Although his first film appearance was in Anthony Rays‘ North Woods, it was Spider-Man : Homecoming that revealed him to the general public and allowed him to take on several roles in various feature films (Every Day, Banana Split, Flakes of Love…). Today, he is at the head of his own television series, Reginald The Vampire, adapted from Johnny, B. Truant’s novel “Fat Vampire“. Jacob Batalon plays Reginald who, after a tragedy, is reincarnated as a vampire, even though he does not fit the norm.

On the occasion of the release on SyFy in France of the series created by Harley Peyton (Twin Peaks, Reign, Chucky…), Jacob Batalon confided in my microphone and agreed to return some memories about his arrival at Marvel Studios as well as his meeting with Andrew Garfield and Tobey Maguire.

« I think I wanted this opportunity so badly, that by hoping and thinking about it, it worked ».

Before becoming an actor, Jacob Batalon studied music theory at Kapi’olani Community College. He dropped out to attend a two-year program to study acting at the New York Conservatory of Dramatic Arts. He was then 18-19 years old. At that time, the young actor had many auditions but never got a role. Until one day, he received a phone call that changed his life : « By chance, my manager sent me an ad to audition for a Marvel movie and it happened to be Spider-Man. For the audition, I sent in a video that I had recorded myself, and then I did a screen test. I guess they were happy with it now (laughs) but I didn’t hear from them for two months after that. During those long weeks without news, I was very stressed. Then one day I get a phone call late at night saying : « Okay, you’re going to be in the movie ». Even after that call, I couldn’t believe it. I didn’t even know who I was going to play yet… I think I wanted this opportunity so badly, that by dint of hoping and thinking about it, it worked out ».

« Tobey was very keen, in order to get into his character of Spidey, to analyze in a very granular way the text to understand everything ».

The arrival of Andrey Garfield and Tobey Maguire was one of the most memorable scenes in Spider-Man : No Way Home that sparked apocalyptic hysteria in movie theaters around the world. Hundreds of videos can still be seen on the networks where people were screaming with happiness at the appearance of the two former Spider-Men.
Actor Jacob Batalon remembers the filming of this incredible moment :

« It was great! I think on set, as we were getting ready to shoot the scene, we were like : « Wow, this has never been done before in a movie! It was a very special sequence to shoot ». […] Tobey and Andrew are hilarious in real life. We had a great time shooting that scene. On set, there’s this scene where Zendaya throws bread at Andrew, it was so funny you couldn’t stop laughing. I don’t know how they managed to edit that scene, because we were laughing so hard. I think that energy showed up on scree ».

Image : Andrew Garfield tries to convince Mary-Jane and Ned that he is indeed Peter Parker/Spider-Man.

At 26 years old, Jacob Batalon is of the Tobey Maguire generation. His and my childhood were spent with Sam Raimi‘s films. The first Spider-Man ! A monumental opportunity for the interpreter of Ned. He says :

« Tobey is a very kind and caring person. I remember that during the script readings, he was very keen, in order to get into his character of Spidey, to analyze the text in a very granular way in order to understand everything. He’s very methodical in his work and has a very philosophical approach to the craft, and next to Tobey, we looked like dunces (laughs). It was really an incredible opportunity to shoot with him and meet him, because he’s a great guy. I felt like my life had become a movie ! ».